WASHINGTON — Congress averted an imminent government shutdown last night by passing a continuing resolution to temporarily fund the federal government for 10 weeks in fiscal year 2017, which begins Saturday. Congress also approved full-year funding for the Department of Veterans Affairs, which was a significant victory for the Veterans of Foreign Wars of the United States.

“Stop-gap budget measures harm veterans” said VFW National Commander Brian Duffy, “which is why we are glad that Congress agreed and acted on full-year appropriations for the VA, which will allow it to properly plan and execute its numerous programs to better serve wounded, ill and injured veterans, as well as their families and survivors.”

The VA/military construction budget that the president is expected to sign will provide $74.4 billion in discretionary spending to the VA next year. The amount is about a 4-percent increase to 2016 funding levels, but almost $700 million less than what the White House requested earlier this year. The bill also includes $7.72 billion for military construction, which is about 6 percent less than current funding levels, but nearly $300 million more than the White House requested.

Included in the new funding package are a number of VFW-supported initiatives and programs, such as authorizing VA to provide In Vitro Fertilization (IVF) and covering the cost of adoptions, eliminating copayments for medications that counter potential opioid overdoses, expanding VA childcare pilot programs and whistleblower protections, and increasing the transparency of VA Office of Inspector General reports. Regarding IVF, which the VFW had been strongly supporting for two years, the legislation will provide urgently needed relief to veterans who suffer from service-connected injuries and illnesses that prevent them from conceiving.

“Veterans with service-connected injuries must be made as whole as possible,” said the VFW national commander, “and helping them to start families — by receiving the same fertility options that would have been afforded to them had they still been in uniform — is the very least a grateful nation can do.”

Although Congress averted a government shutdown and provided full-year funding for veterans programs, it still has a lot of work to do when it reconvenes after the Nov. 8 elections, to include passing a number of important legislation already introduced, and to finally eliminate sequestration, which has been the VFW’s top legislative priority ever since Congress created it with the Budget Control Act of 2011.

“Five years ago the Islamic State didn’t exist, Russia wasn’t in the Ukraine, China wasn’t building islands out of rocks, and Iran and North Korea weren’t as emboldened as they are now,” said Duffy. “Yet here’s this budget axe that was written in a different time that continues to force the Department of Defense to operate with less funding in a worldwide environment of ever-evolving threats. Sequestration also forces the Army, which is already on a glideslope down to 450,000 active-duty soldiers, to drop to 420,000,” he explained.

“A continued sequester weakens America, worries our allies, and threatens lives — American lives,” he said. “Our brave men and women in uniform will continue to perform and excel at every mission, but overtasking with inadequate resourcing is an impending disaster the VFW will not allow. Sequestration must end!” 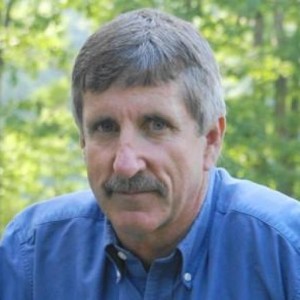