Later, VFW Posts that have a canteen, club room, or other activity elect House Committee members. Ultimately, the Post membership elects four (4) members while the Commander elect appoints three (3) members. In addition to those seven, the Post Commander and Quartermaster make up the House Committee.

Prior to the opening of nominations, the Post must determine the balloting method, election date and time, procedure for tallying votes, and procedure for tie-breaker rules.

The order of VFW Post Officer nominations is as follows:

The Post Commander will ask for nominations for each Post Office three times before moving to the next Post Officer Position. Any Post member in good standing is eligible to be nominated [and to vote in each year’s election]. Any member of the VFW Post can nominate another member for an elected officer position. The member being nominated must accept the nomination in person during the meeting or have the nominating member present to the Adjutant, in writing, the nominee’s acceptance and consent of said nomination. For example, if Comrade Smith wishes to nominate Comrade Thompson as Post Commander, but Comrade Thompson is not able to make the meeting to accept nomination, he or she must give Comrade Smith a signed letter that states the acceptance of nomination, and that letter must be presented to the current Post Adjutant prior to the opening of nominations.

Unless the Post utilizes a Poll system, nominations will remain open until election of each office [at the Election meeting] on an office-by-office basis.

All members in good standing are welcome to vote – essentially, that means that the member cannot be suspended under Article IX, must be current on his or her dues, and must be a member of the Post in which he or she wishes to vote at. For example, At-Large Members are not allowed to vote. Votes must be cast in person – absentee and proxy voting are NOT permitted.

A majority vote of all present members is required to be elected. In the case where a member is running uncontested for a Post Office at the time when nominations for that office closes, one unanimous vote must be cast by a present member in order for the member to be elected. In the event that an election for a specific office is contested, present members will cast their vote. If a majority vote of all members is not reached during the first round of voting, the member with the lowest votes will be dropped, and the present members will recast their votes during a second round of voting. This process will repeat itself until a member receives a majority of all votes or if the field is narrowed down to two candidates and a tie has been determined. In case of the latter, the tie-breaking procedure will be followed in order to determine the winner of the election.

Can a VFW Member Hold Two Offices at a Time?

No member can hold two elected Post Officer positions at the same time; however, he or she may hold an appointed office or offices while also holding one (1) elected office.

Many Post Members want to be active, but they may not know what duties come with each VFW Post Officer position. Here is a summary of the primary roles that each officer is responsible for:

The Commander presides over all Post meetings. He or she upholds the VFW National and Department Bylaws and Manual of Procedure and ensures that Post business is not in violation of local, state, or federal laws. The Post Commander ensures that all reports are correct, that Post money is accounted for, and that the three Post Trustees examine the books and records on a quarterly basis. He or she must attend or ensure proper Post representative attends all District and applicable Department meetings.

The Senior Vice Commander assists the Commander to ensure the Post is run in a proper and efficient manner. He or she helps to preserve order and presides over meetings in the absence of the Post Commander. At most Posts, he or she is also directly responsible for VFW Post Membership growth and outreach, but this specific role is at the discretion of the Post Commander.

The Quartermaster must collect all money for the Post account for the money, and report to the Post about the funds available in all Post banking accounts. He or she disburses funds when properly authorized by the Post, makes sure that all appropriate bills are paid on time. The Post Quartermaster must reconcile all financial transactions, secure a bond, receive in all annual membership dues, and file all tax documents to Federal, State, and Local authorities. Lastly, he or she is the treasurer of the House Committee (if the Post has a House Committee) and provides all Post Trustees with the appropriate financial records and files required to effectively conduct the quarterly Post Audits.

The Chaplain performs all duties incidental to the office. This typically includes reaching out to those Post members in distress. He or she submits monthly reports to the District Chaplain. The Post Chaplain leads all prayers during Post meetings and officiates during memorial services as the need arises. Note: at the 123rd VFW National Convention in Kansas City, MO (July of 2022), an amendment to the National Bylaws was passed that switched the office of Chaplain from elected to appointed.

The three Trustees is responsible for reviewing receipt reporting and expenditures monthly. Additionally, they must conduct a proper Post Audit within 30 days of the close of each quarter. Typically, the position is a three-year commitment; hence, a Post usually must only elect a new three-year Post Trustee as the current Trustees move to the next respective year designation [with the one-year Trustee dropping off]. Trustees are not allowed to serve as Post Adjutant or on committees whose books, records, or accounts are audited on a quarterly basis by the Trustees.

Want to learn more? Get an electronic [Kindle] copy of the latest edition of the Veterans of Foreign Wars (VFW) Congressional Charter, By-Laws, Manual of Procedure, and Ritual from Amazon. The great thing about the electronic version is that you can search for terms like “nomination” and “election.” Additionally, you can access these by-laws from any smartphone, tablet, laptop, or desktop computer. 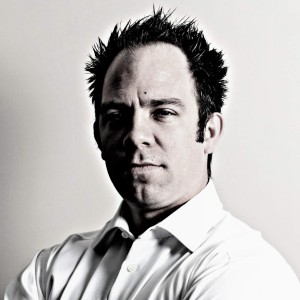 Dwayne Kilbourne is a Life Member of the VFW and is currently the Department of Georgia District 1 Surgeon. Outside of his time and duties at VFW Post 5408, he owns and operates a marketing agency, Killer Konceptz, and an amusement industry news outlet, Coaster Addict.
All Posts »
PrevPreviousExhaustive Promise of POW/MIA Advocate Sister Endures
NextBingo is Back in Acworth!Next